If you’re reading this article, it’s a good assumption that you already have matplotlib installed. However, a short description of the installation is provided. Feel free to skip it if you have already installed matplotlib.

Note that matplotlib is a large library, but one single command will suffice the installation of the library. Run the following command on your command prompt. Everything that’s required should automatically be installed.

Check if the library was installed correctly by importing matplotlib on your Python shell.

The process to plot logarithmic axes is extremely similar to regular plotting except for one line of code which is specifying the type of axes as ‘log’.

For demonstrating this, we will plot the powers of 10 against their exponents. With a basic understanding of logarithms, you’ll know that this will be a linear logarithmic graph.

First, we will set up the subplot required to plot the graph.

We have our subplot ready and now it’s time to plot the graph and set the axis type as ‘log’. 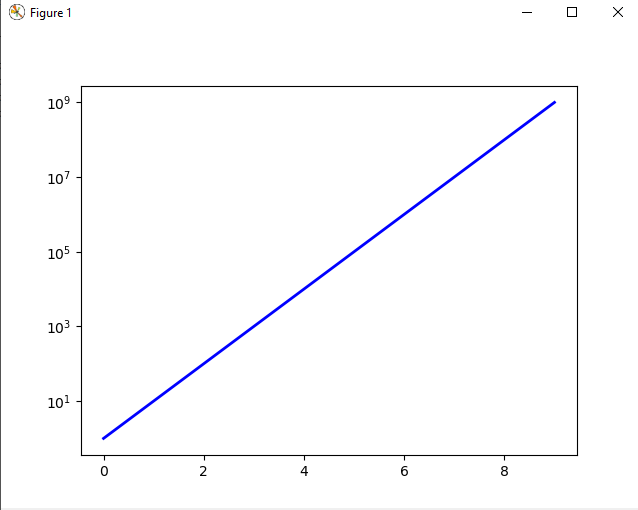 Similarly, you can apply the same for x-axis by using pyplot.xscale(‘log’). Some of the other scales that can be used are ‘linear’, ‘symlog’, ‘logit’. You can refer to the official documentation for it here. I hope you found this article helpful.