Hey, Everyone Today we are going to learn how to use Seam Carving Algorithm to resize an image, and also we will use Streamlit to provide a user-friendly interface.

Before diving in deeper, I will tell you all the things you need to install using pip:-

Before going further let’s first check what is Streamlit and why we have used this:-

What is Pillow in Python and why it is used?

It is the module in Python which is used to deal with the images like if we want to read an image, resize an image or transform an image.

Now the main discussion is over Seam Carving, what is it and how it works

streamlit.title(“Seam Carv”) is used to set the title of our web page.

uploaded_file = st.file_uploader(“Choose an image…”, type=”jpg”) provides a way to upload the image  and we store the that in uploaded_file variable

image = Image.open(uploaded_file) we are making use of the Pillow.Image to read the uploaded image file

Now we are making a new dir to store the uploaded images.

And at last, we just show the result to the user by making use of streamlit. image().

use streamlit run [name of the file].py

Here is the complete code:-

Here is the output we got:- 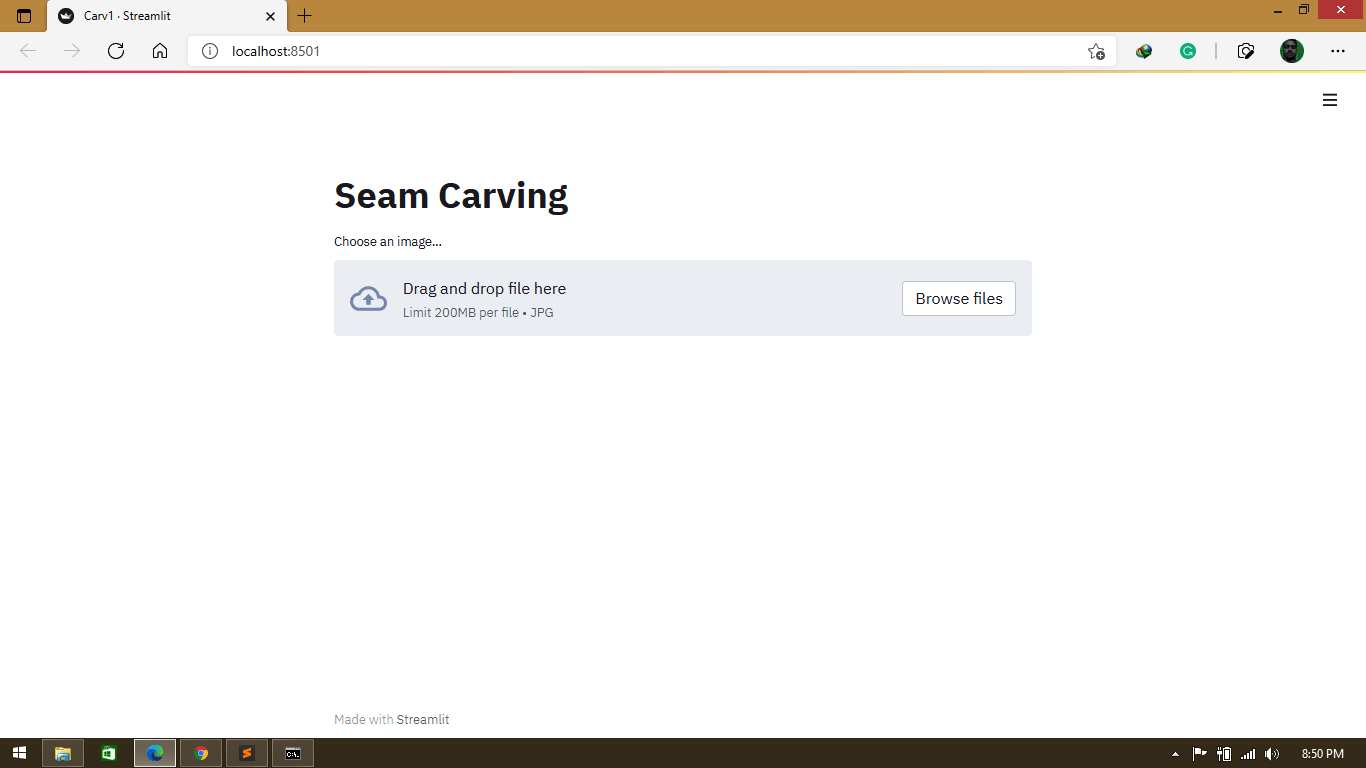