Models in Django are objects  that have specific attributes and functions. They are used to represent and manage data in the database. Using Django we can easily create, update, or delete instances of a model. To specifically perform delete operations we make use of the on_delete parameter. Therefore, in this tutorial, we will learn about the purpose of on_delete on Django models.

What is the on_delete parameter in Django?

The on_delete parameter is used in Django when managing relationships like one-one or many-many between the records of the database. It basically deals with the foreign key. It determines what happens to the child object instance if the parent is deleted.

Operation Types in the on_delete parameter in Django

Then various operations that can be performed in the on_delete parameters are mentioned below:

In the below-mentioned example, we have created a review for the project named eCommerce-website.

If we delete the project eCommerce, then the corresponding review gets deleted

In the below-mentioned example, we have created a project called eCommerce for the user profile called john doe.

When we delete the user profile of john doe, the corresponding owner for the e-commerce project is set to null 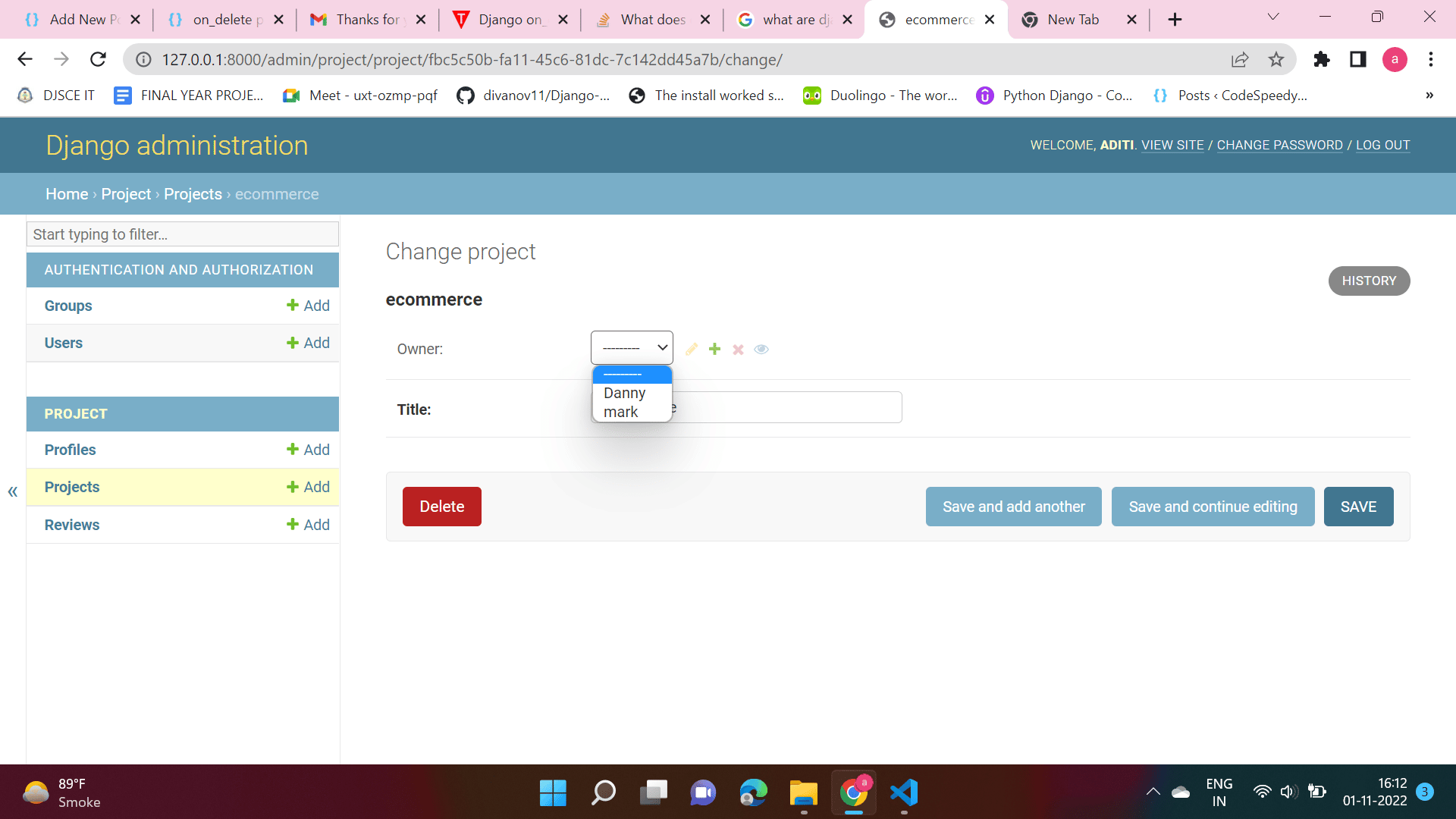 Thus we have reached the end of this tutorial on the purpose of on_delete on Django models.