Supervised learning has been categorized into the following two:

KNN or K – Nearest Neighbor Algorithm comes under the category of Classification. Let us try to understand the concept with an example.

Suppose the company has to divide its members into four groups on the basis of their grade and the years of their life that they had given to the company for its progress. So, the company divided them according to these four groups as mentioned in the figure below: 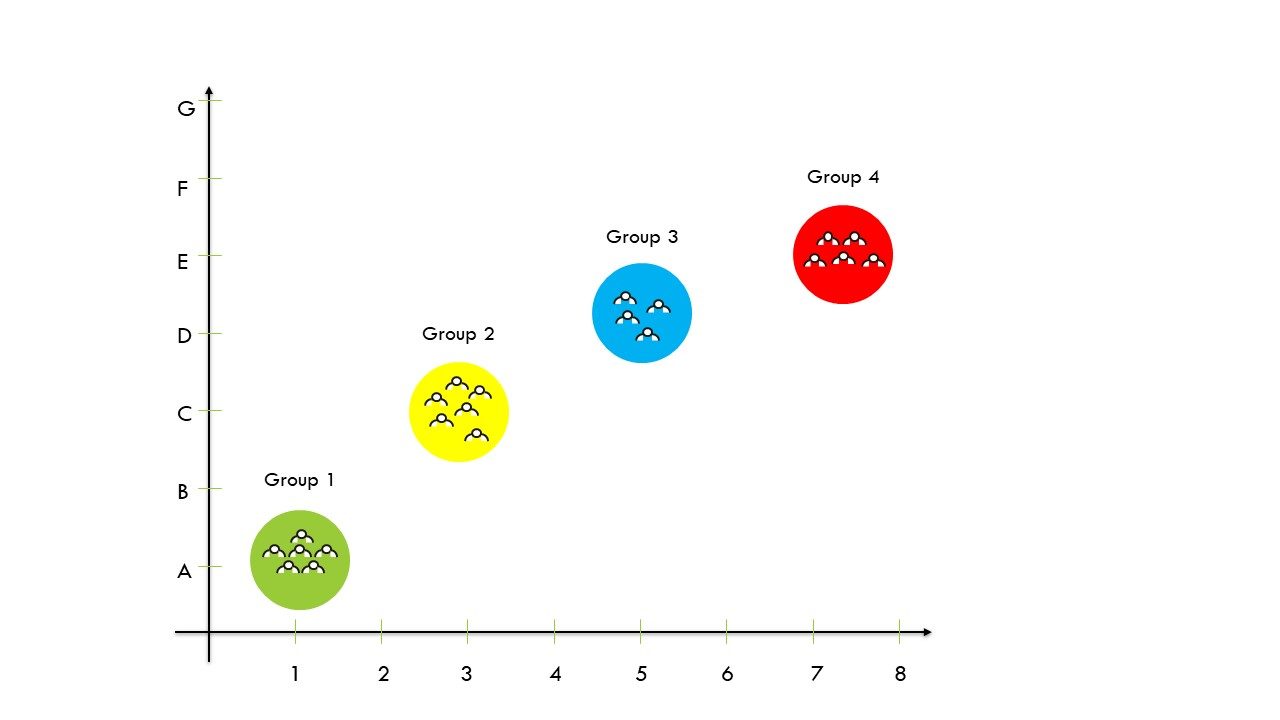 Now there comes a new person who wants to know in which group he has been placed. The position of the person on the graph is shown in the figure below: 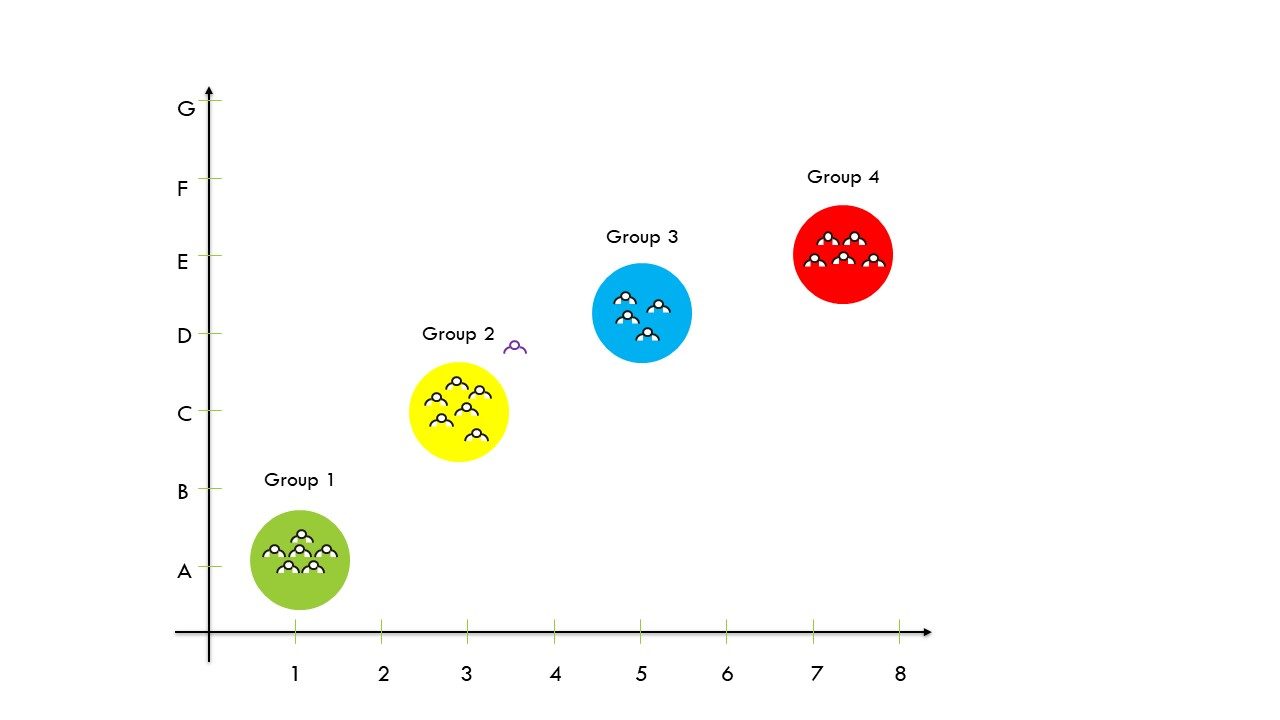 So, how will we decide in which group this person belongs?

We will use the KNN Algorithm: K – Nearest – Neighbor. As the name itself is suggesting, we have to find the nearest neighbor of this person or in other words, to whose level that person has performed. We will be going through the following steps in order to find that.

Suppose we chose K = 2. It means we want to decide the group of that person according to the two neighbors who are closer to him. 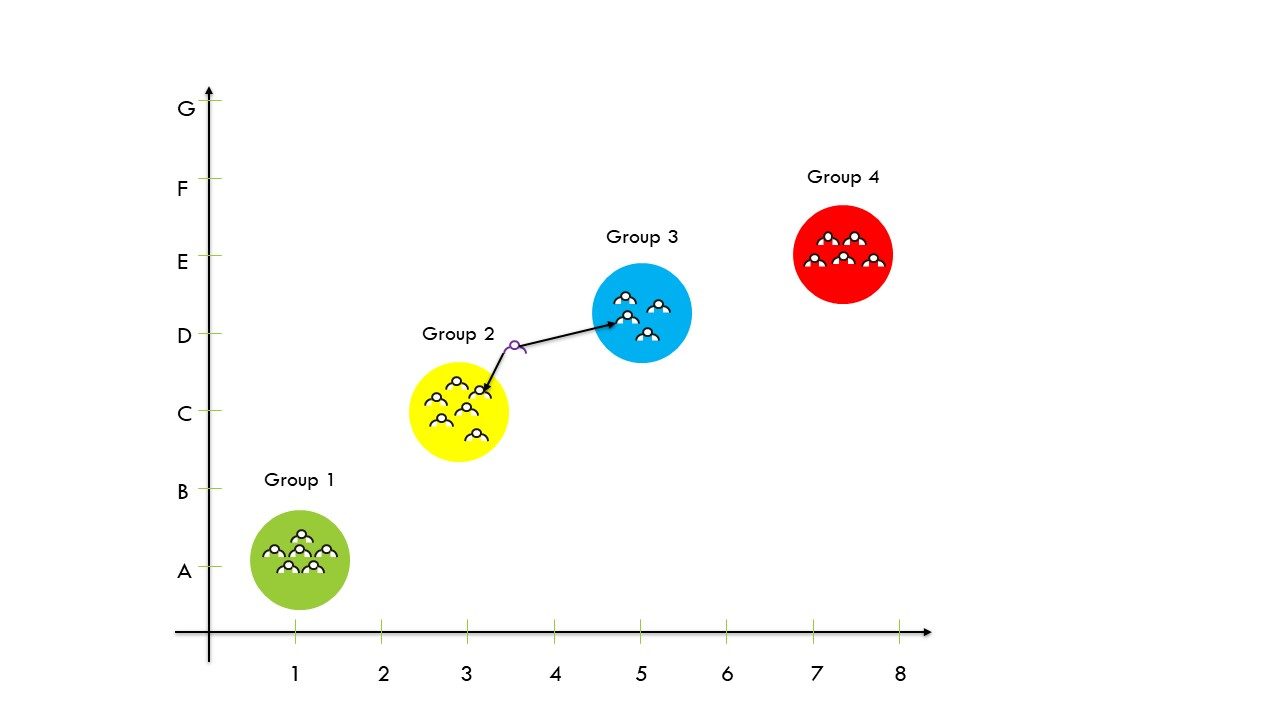 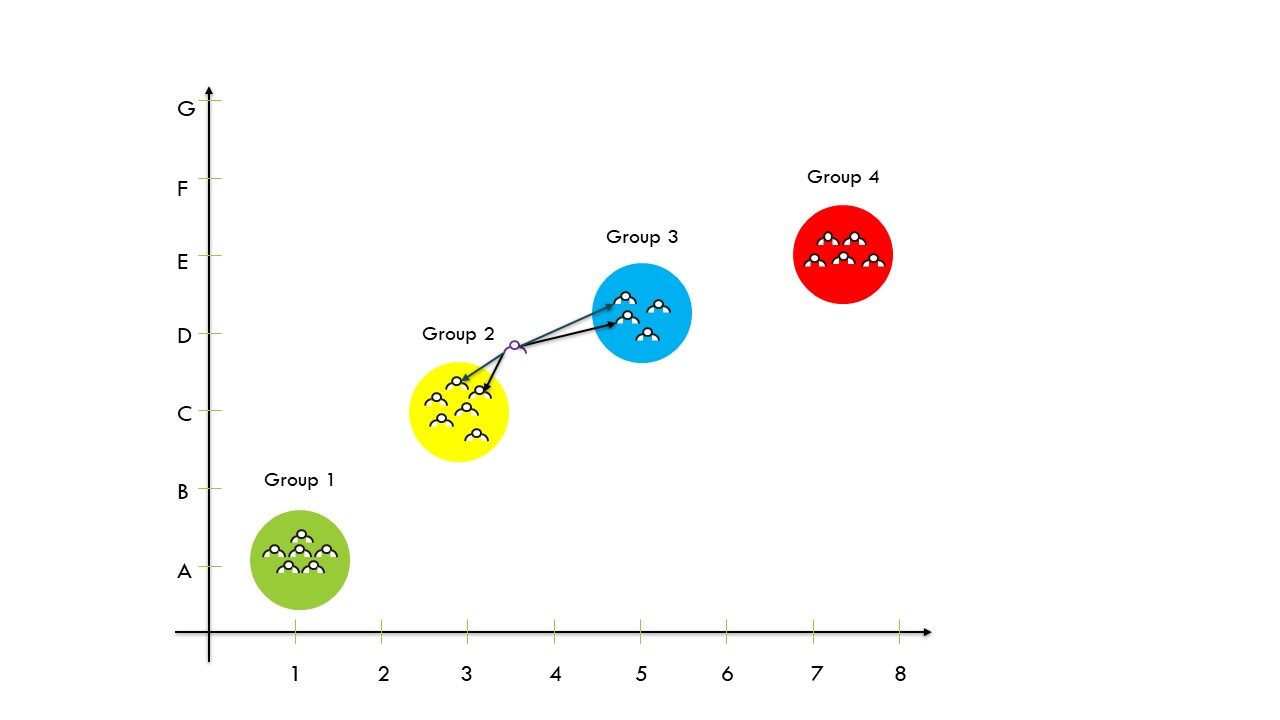 In this section, we will see how to measure KNN mathematically.

Suppose we have been given the following table:

(Note: This is just an imaginary data)

We have to find out the day for a particular one, say Z, when Precipitation (P) was 20 percent and Temperature (T) was 40-degree Celcius and we have to check on the basis of nearest 3 calculations.

We will use the method of Euclidean Distance to measure the distance between the given values and the value for which we have to find out.

The formula for finding the Euclidean distance is:

Now, we will be calculating the distance of Z with the given table one by one. 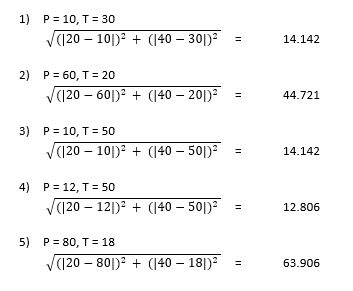 As we can see from the calculations, the value of Z, if seen for the nearest 3 calculations, is near to cases 4, 1 and 3 which represents the Sunny Day.

Therefore, the day Z will also be considered as a Sunny Day.