Perceptron algorithm for NOR logic 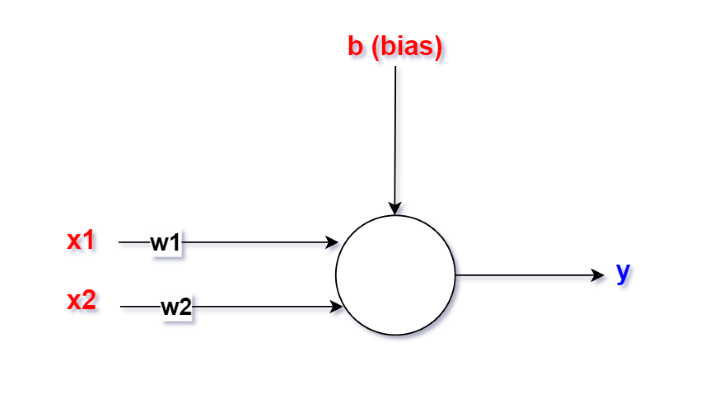 Fig: A perceptron with two inputs

The steps that we’ll use to implement the NOR logic using a perceptron is similar to how a neural network is trained.

A NOR gate produces a high output i.e. 1 only when both of its inputs are low i.e. 0. For all the other possible input combinations, it produces a low output. The truth table for NOR logic is shown below:

Therefore, the model to implement the NOR logic using the perceptron algorithm will be:

Below is our Python code for implementation of Perceptron Algorithm for NOR Logic with 2-bit binary input:

As we can see, the model predictions are the same as the actual results. Hence, we successfully implemented the Perceptron Algorithm for NOR Logic with 2-bit binary input. You can also try implementing other logic functions by following the same steps and obtaining the correct values of the model weights and bias.