This post is all about how to upload files to Dropbox using Dropbox-API in Python. Dropbox is a cloud storage service. It is free and a basic Dropbox account has 2GB of storage space. Check out the dropbox documentation here.

To those of you wondering where this API can be used, consider the following example: Suppose you want to make a Surveillance Application. And, you want to upload the pictures captured to the cloud in real-time.
For uploading these files, we can use the Dropbox-API in Python. We are using Python because it already has a built-in library for Dropbox.

Firstly, we need to create a Dropbox account here. 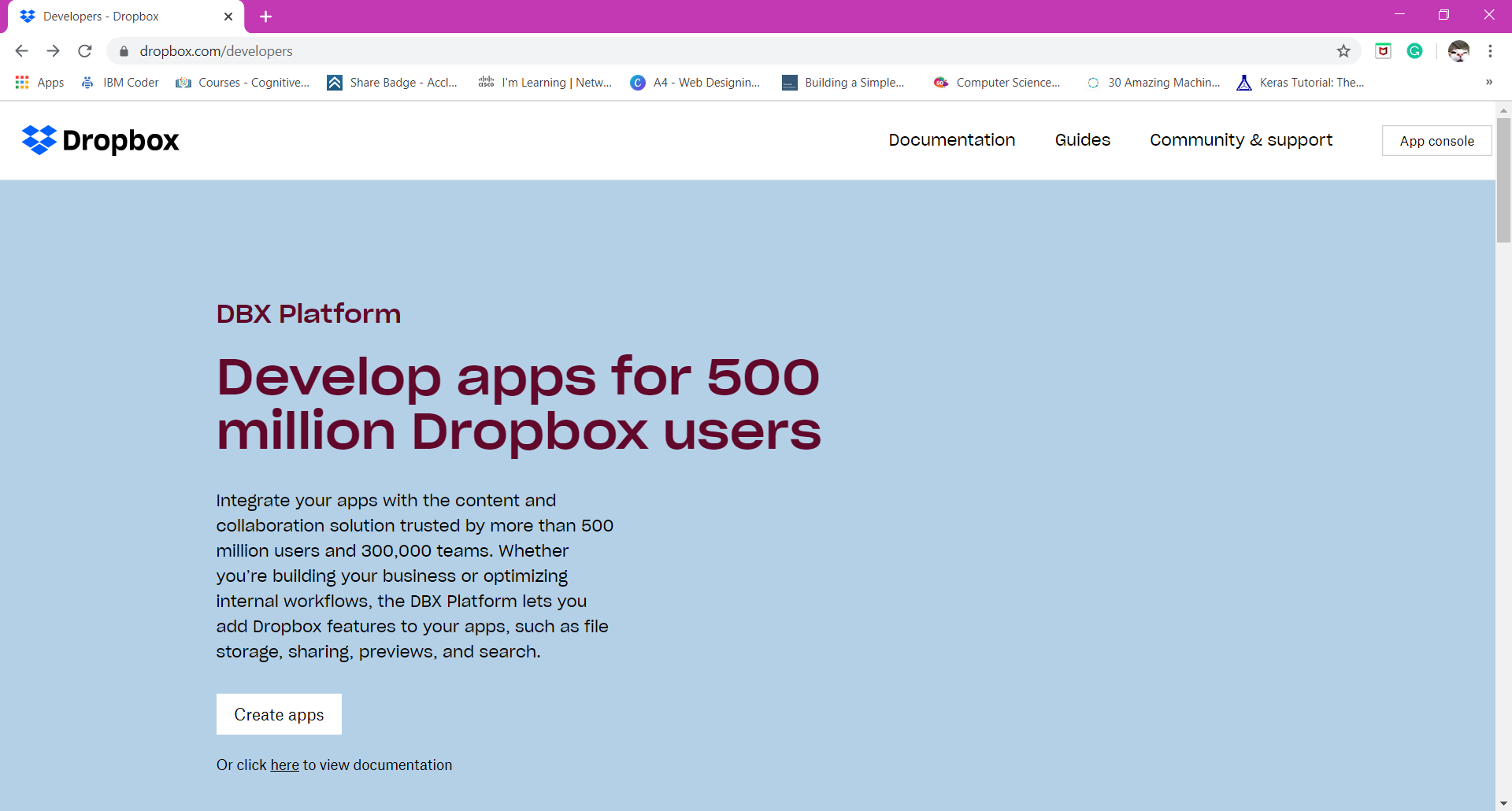 After your account is created successfully, you’ll need to provide the specifications of your app, like the type of dropbox you require, the app name, etc. 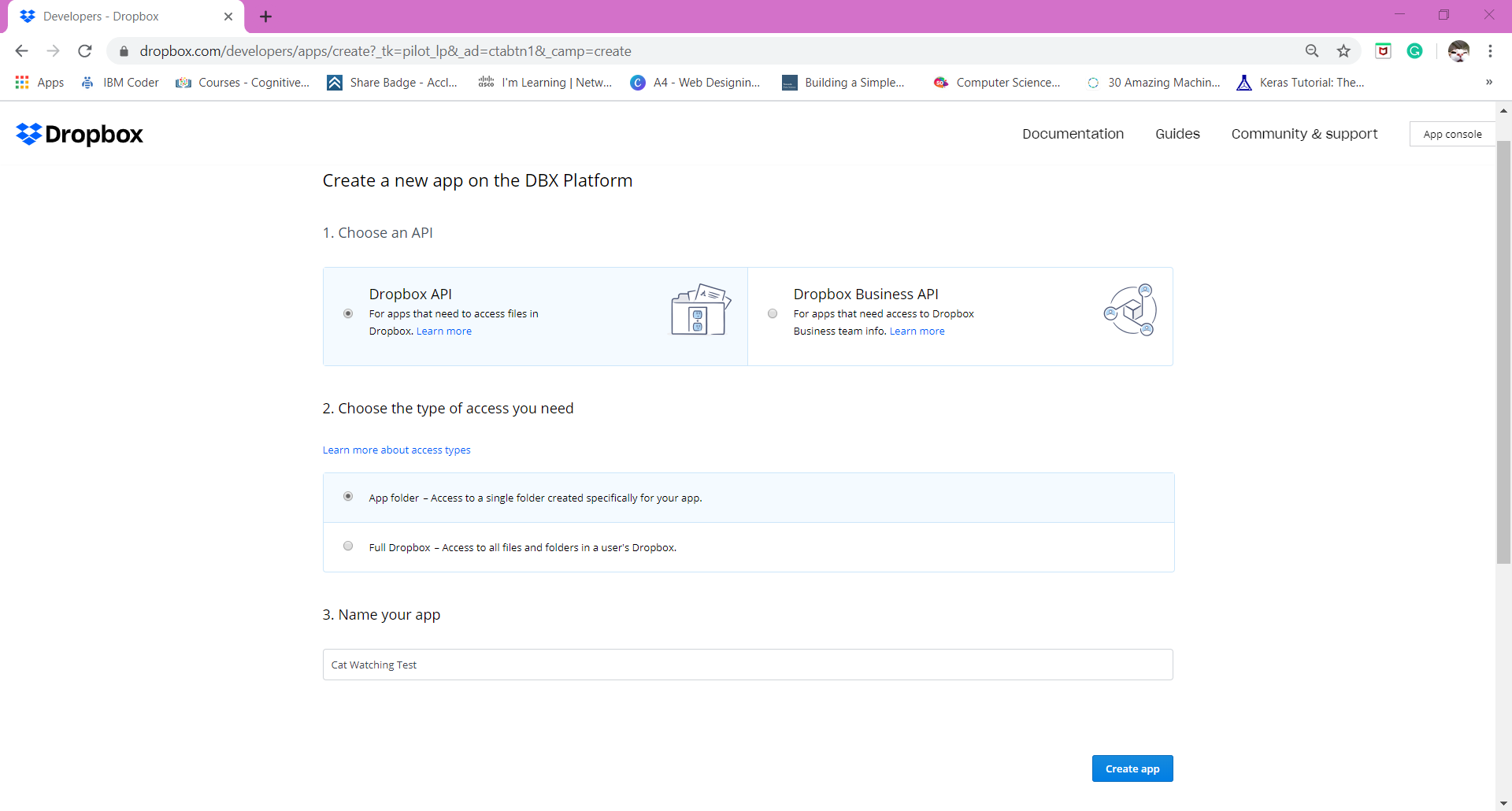 Now you’ll be redirected to a page with your Application Key, access token, etc. 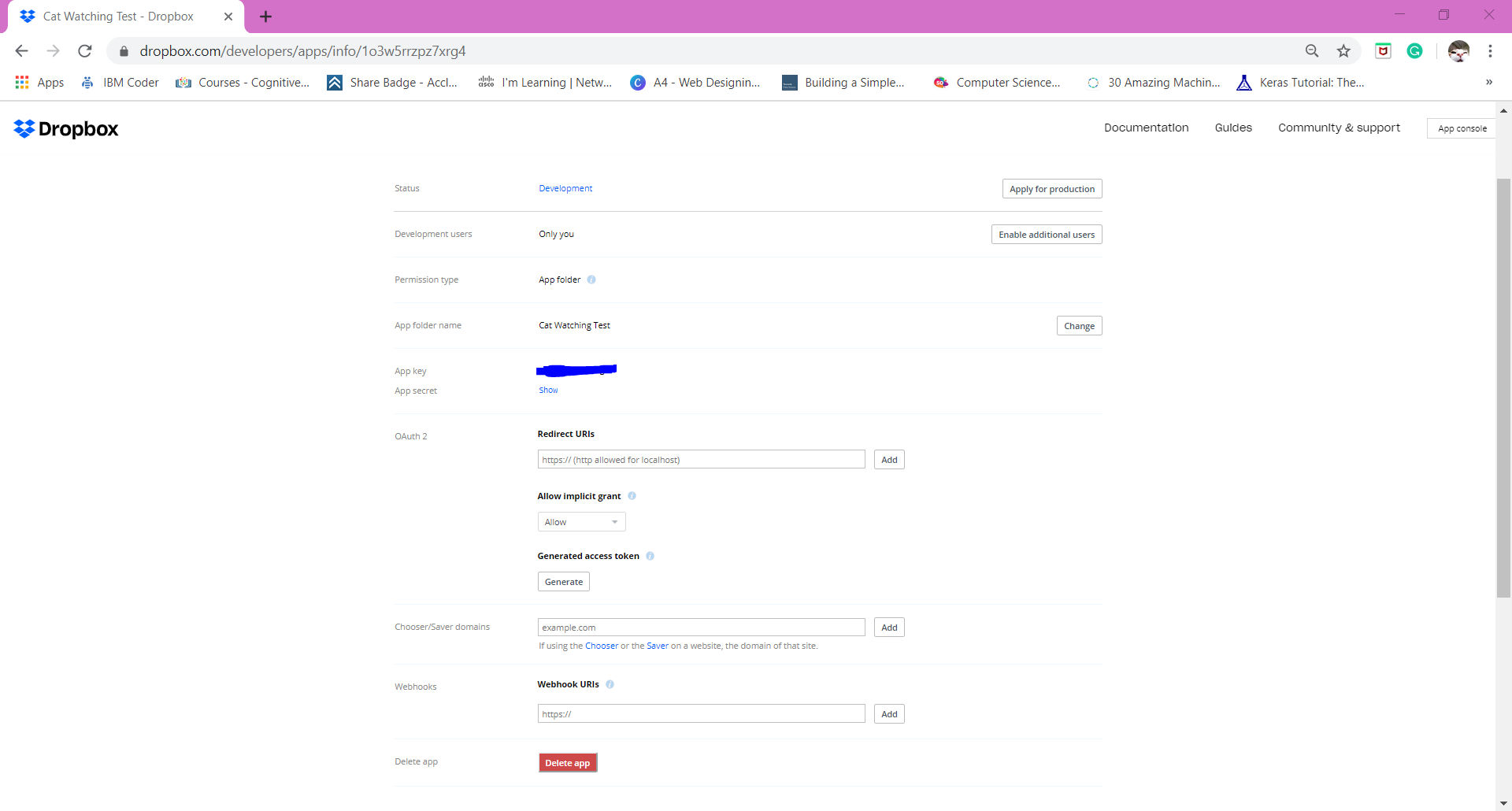 Finally, copy your access token and we’re all set to write our code.

Python provides a built-in library for dropbox. We will now see how to install this library. Type the following command into the command line. And, that’s it!

First, we import the dropbox library.

After this, we need to link the our dropbox account to the application. Hence, we create a client object.

Finally, we can upload the file from the computer path to the dropbox path. We first open the file in “rb” mode and read its contents. Then we upload these contents to the dropbox using the files_upload() method.

We can finally open the dropbox app now to check if the file is in fact uploaded.

You can use the Dropbox API with many OpenCV programs to upload the frames captured to the cloud. To do this, you just need to include the above code to the loop which captures each frame. You can choose to only upload certain frames by adding an if condition before the above code is added to the program.

Check out OpenCV programs to apply this cool Dropbox addition to it:

One response to “Uploading files using Dropbox-API in Python”