How to solve triangular matchstick number in Python

In this tutorial, let’s see how to solve the triangular matchstick number in Python. It is a well-known problem and is as follows:
Given the number of sub-triangles in the base layer of the bigger triangle, find the total number of matchsticks required to build the overall triangle until there is a single triangle at the top. You can refer to the below picture for more clarification. 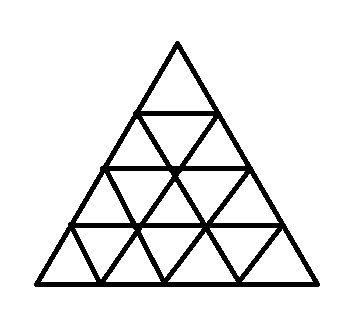 In the above picture, consider each triangle to be made of 3 matchsticks. So the objective of the problem is to find the total number of matchsticks required to build the whole triangle. Before we look at the solution, take a few moments to think of a possible solution.

The idea behind the solution:

How to solve triangular matchstick number in Python:

As you can see, we have solved the problem quite easily. I hope you found this article helpful in solving the problem.