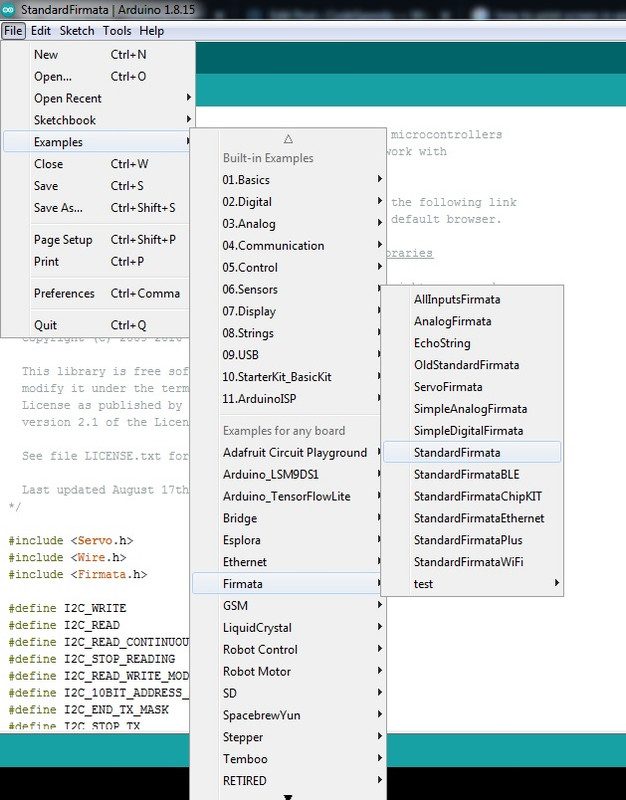 Note: Select your port number and device type appropriately to upload the code program this code onto your board and note down the port number for the Python Script.

In our case, we need to hook up 4 LED’s and 4 current limiting resistors to the digital pins of the Arduino. Rig up the circuit as shown in the image below: 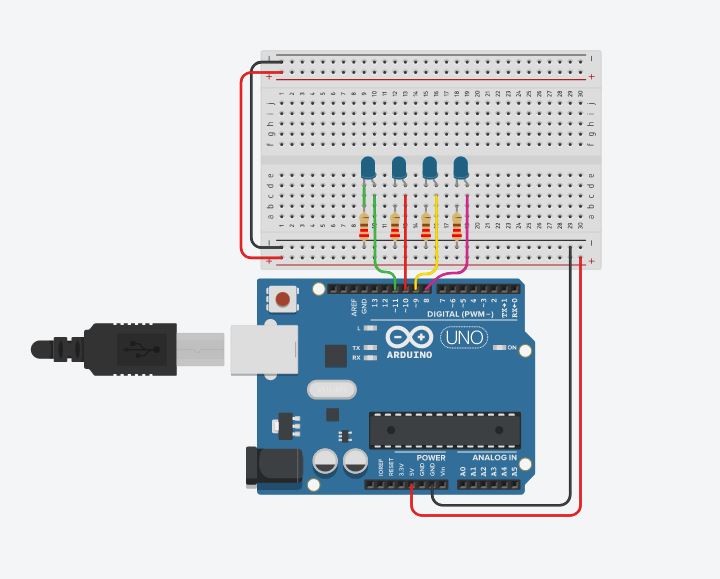 Python script to control the Arduino:

Here the implementation of counter is by checking the 1’s in the binary representation of a number to turn the respective representative LED on. Example a value of decimal 12 in binary is 1100, here we must turn on the 3rd and 4th LED (towards MSB, i.e LED’s connected to pin 10 and 11(MSB) respectively) since the 2nd and 3rd bit are set. Below is a Python code that does this by controlling the Arduino’s digital output pins to create a 4 bit binary up-counter.

Note: Run this script via the terminal to avoid any discrepancies

You will now be able to observe the LED’s light up in an order to represent the binary equivalent of the up-counts from 0x0 to 0xF. This is just an example of how Arduino’s can be programmed using Python.