Learn how to play MP3 file in Python using Kivy.

Here we are going to play mp3 file in kivy using Python Programming Language. In kivy mp3 sound files are implemented using the SoundLoader module which is present in kivy.core.audio. It is imported as follows

The following code gives a complete implementation of playing a sound file. 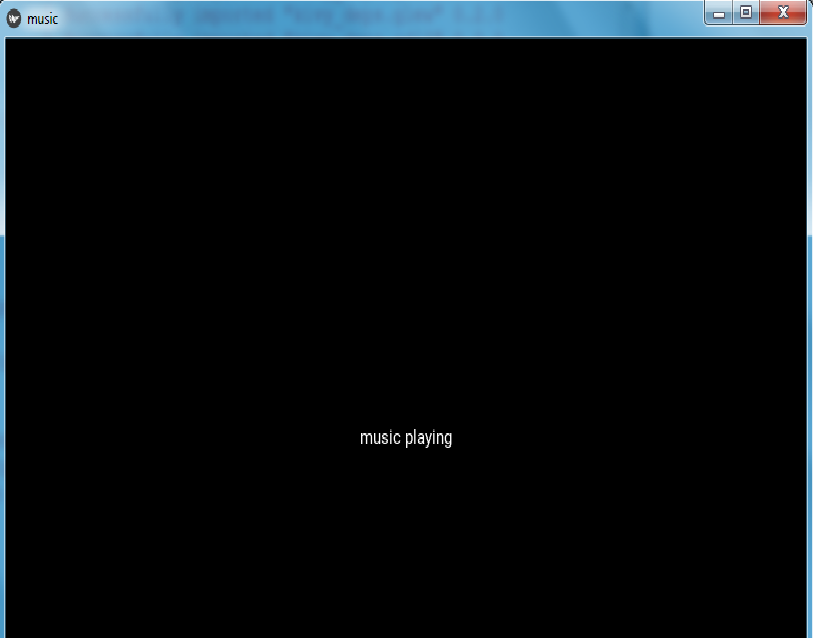 We get the output as a kivy window with description music playing and the mp3 file gets played as soon as the kivy window is opened.

This will help us to create a window on which we will perform our operations.

It will import the modules that are necessary for executing sound files in kivy.

This will load the mp3 file and we are assigning this to an object called sound.

Here, the sound object returns True only if it’s a sound file and we are playing sound using play() with the help of a sound object.