In this tutorial, we will learn how to merge two excel files into one file using openpyxl in Python. To achieve this we are using ExcelWriter() method of pandas. It has a parameter called ‘engine’ which takes ‘openpyxl’ as a value.

Consider two excel files called ‘file1.xlsx‘ and ‘file2.xlsx‘ with some data as shown below. 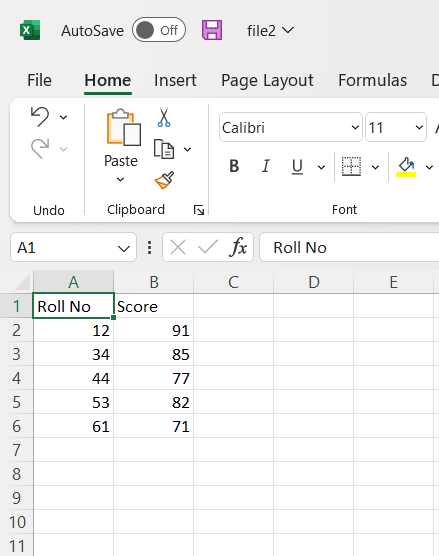 Now, we will merge these two files based on the first column and store the result in the first file named ‘file1.xlsx’.