How to Install Angular CLI for Local Development

In this tutorial, I am going to tell you how to install Angular CLI step by step and create our first Angular project.

To create the development environment on your system, you need Node.js, npm package manager and typescript. We have to install these step by step.

At first, we need Node.js installed in our system. So you have to download Node.js from the official website which is https://nodejs.org. After you visit Node.js official website, you will able to see two download options for Windows. one is “Recommended For Most Users” and the other one is “Latest Features”.

I recommend you to download the recommended version of Nodejs. After you download it, you will get the installer file of Nodejs. You just have to install it on your system. After the installation complete you have to open the command prompt.

After that, the command prompt window will be open.

To confirm if Nodejs installed properly on your system or not, below is the command:

The above command will return the version of Node.js that is installed in your system just like you can see below:

Below is the command to Get the TypeScript:

Now to be confirmed, you can check the version of Angular CLI and it’s packages with the command below:

It will show what you can see oin the picture below: 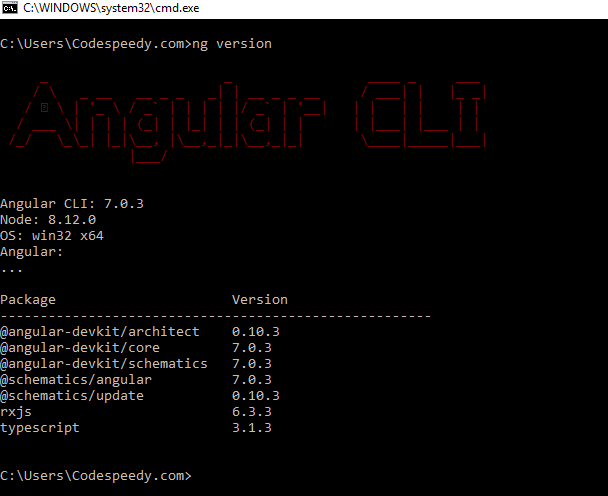 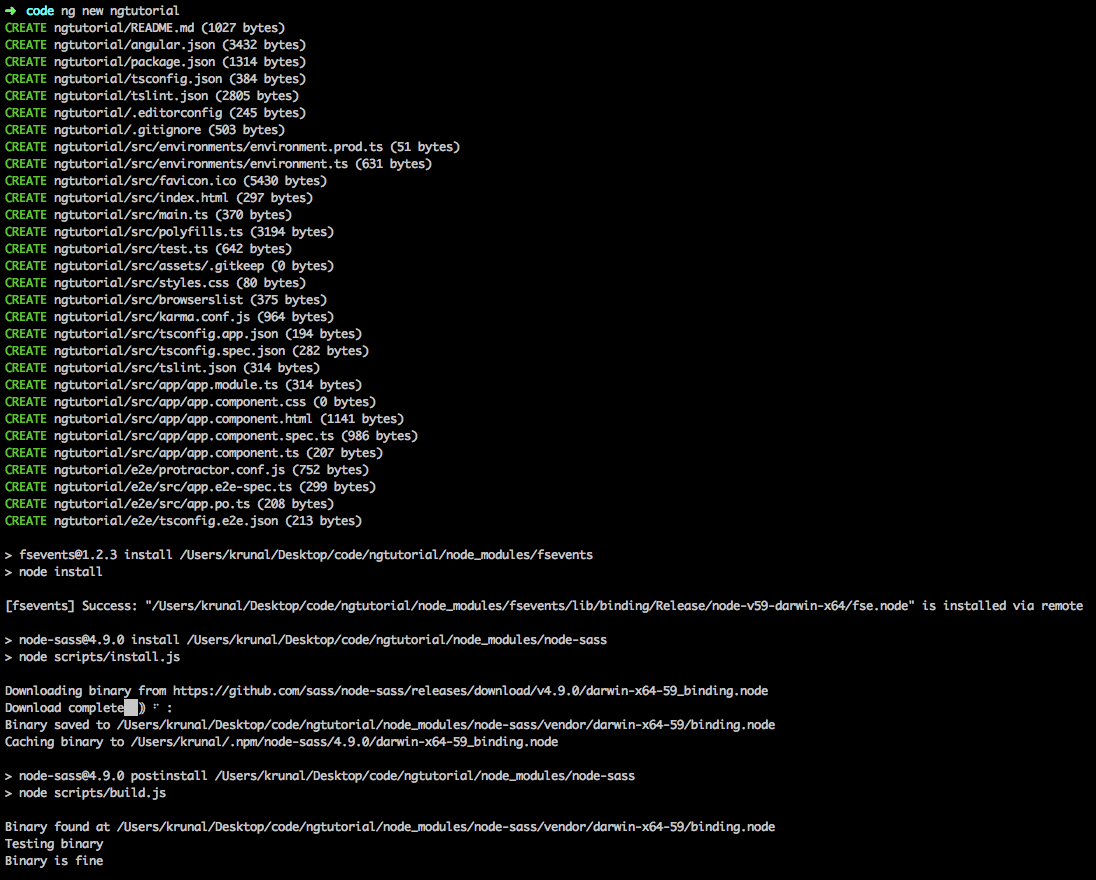 Now its time to run your project. Below is the command that will create the server for your project:

That’s it. We have installed the Angular CLI in our system and created our first project from the command prompt.

2 responses to “How to Install Angular CLI for Local Development”