This article discusses the Implementation of Graphs using Adjacency List in C++. There are two widely used methods of representing Graphs, these are:

However, in this article, we will solely focus on the representation of graphs using the Adjacency List.

What are the Graphs? 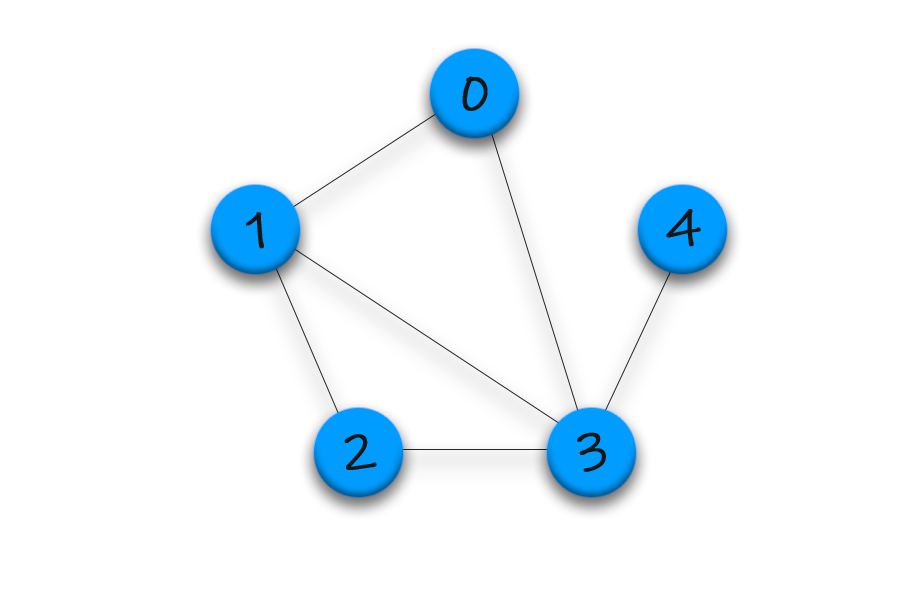 A graph is a data structure that:

Graphs are widely used to model real-life problems. For instance, in networking on social media, shortest-path finding problems, to name a few.

What is a non-linear data structure?

Before we dive deep into Graph representations, here are some terminologies associated with Graphs you need to know.

Now, you are likely to have a basic understanding of Graphs and some terms associated with it. Therefore, we move onto the representation methods. 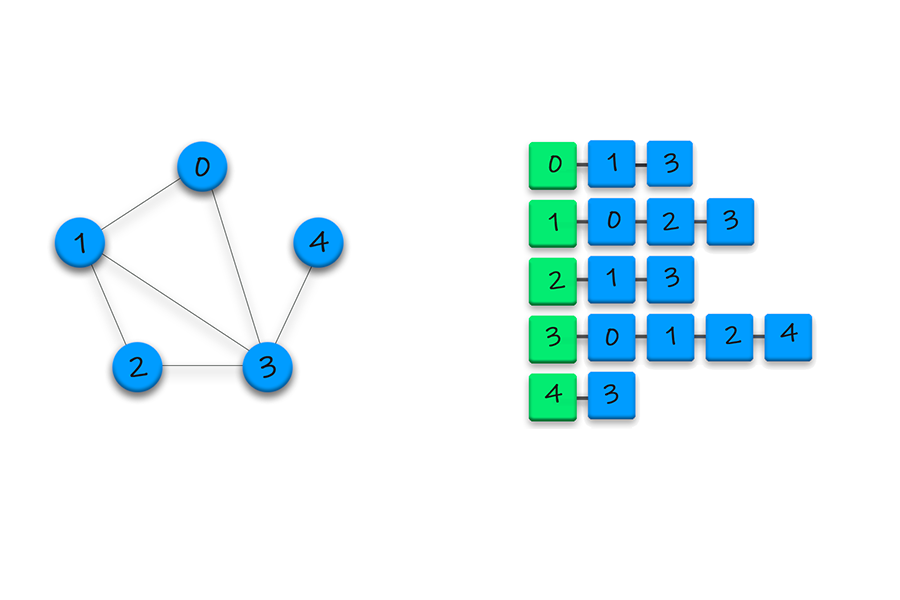 In this method, we add the index of the nodes ( or, say, the node number ) linked with a particular node in the form of a list. This is implemented using vectors, as it is a more cache-friendly approach. So, feel free to read about vectors here.

Have a look at the images displayed above. The image to the right is the adjacency-list implementation of the graph shown in the left.

Where ‘n’ is the number of nodes.

In the above code, we initialize a vector and push elements into it using the push_back( value ) function. The nodes that are linked to a particular node are added into a list, again, a vector, corresponding to the index of the node under consideration. Finally, the graph is printed, looping through the vector, one by one. Now, if we were to add another node, this is much easier here while compared with the matrix implementation. In contrast, if we were asked to check if there is a link between two nodes, that would be difficult when compared with the matrix implementation – which takes just O( 1 ) time.

Also, if we look at the space consumed, it is less than and in the worst case equal to that by the other implementation. This is because we allocate memory only for nodes that are linked to a particular node. Rather than directly declaring a memory equivalent to that of a complete graph.

In the code below, these two statements insert links between ‘a’ and ‘b’ in both directions since in an undirected graph, there is a path from node ‘a’ to node ‘b’ and vice-versa.

However, if it is a directed graph, there is just one direction for the link between node ‘a’ and ‘b’ and in the order from node ‘a’ to node ‘b’. Therefore, the above block may be replaced by this.

Once you are comfortable with the graph-related concepts, feel free to read the following graph-implementation problems in C++: