In this tutorial, we will learn about forward iterators in C++, in detail.

As we know, a container is a data structure capable of storing information of almost any type(excluding some restrictions).

Iterators, on the other hand, are objects similar to pointers. They are used to manipulate container elements.

Advantages of using an iterator:

Iterators have properties similar to those of pointers. This allows us to manipulate built-in arrays in the Standard Template Library using pointers as iterators. In many cases, many lines of code are reduced to a single statement due to the expressive power of iterators.

Types of iterators in C++:

There are five types of iterators in C++ based on their functionality:

The hierarchy and interrelation between different iterators can be effectively described using the following diagram: 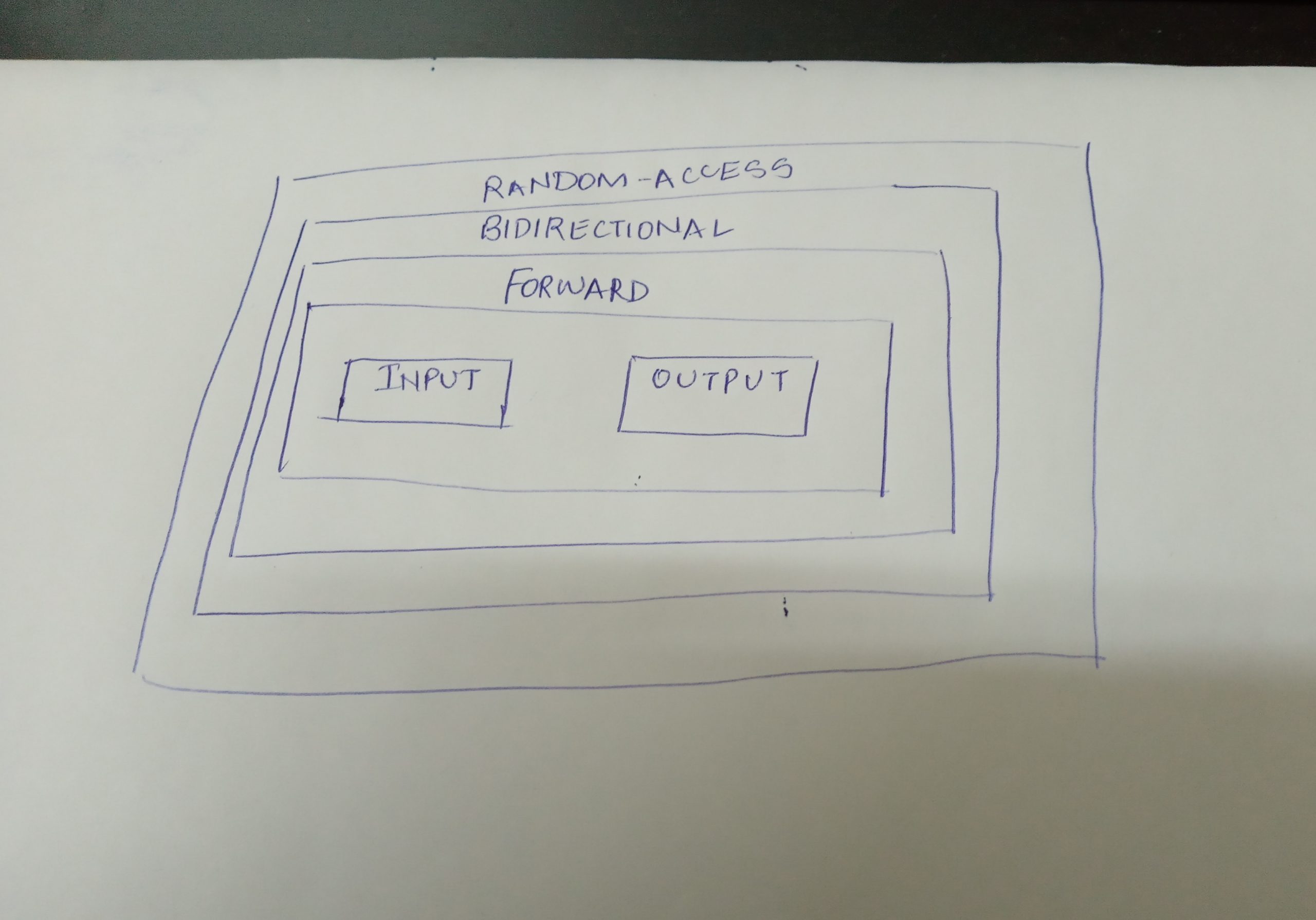 Sample code to demonstrate the working of forward iterators in C++:

The code given below will help you understand forward iterators better:

The output for the above code is:

On trying to perform any operations that are not supported by the forward iterator, an error message is displayed.

The main advantage of the forward iterator is that it is a multi-pass iterator, and its main disadvantage is that it allows traversal in only a single direction, that too, one step at a time.

With this, we come to the end of this tutorial.

« C++ multiset swap() function
How to parse HTML in Python »