Flow control in try-catch-finally in Java

An Exception is an unexpected event that might occur during the execution of a program. An unhandled exception can terminate a program abruptly. A try-catch block is meant to handle the exception without terminating the program abruptly. It can be done by wrapping the statement that might raise an exception in a try block followed by a catch block or a try block followed by a catch block and a finally block. The code that is wrapped in a try block is referred to as a protected code. This article explains the flow of control in try-catch-finally blocks with an example. 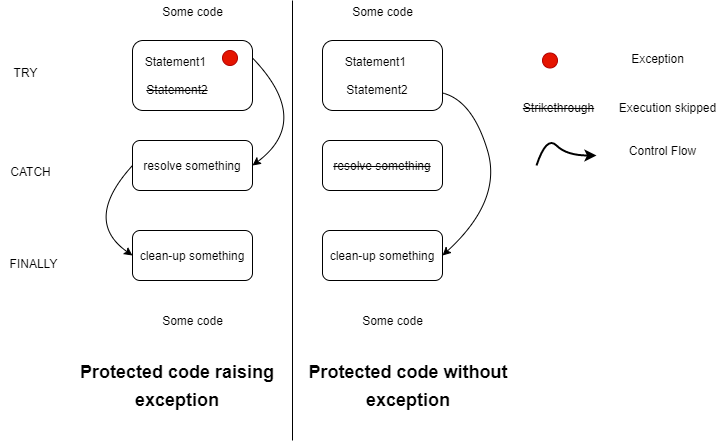 So it must be ensured that none of these cases occurs during the execution.

The program produces the following output as expected.