By Nilesh and Sapna 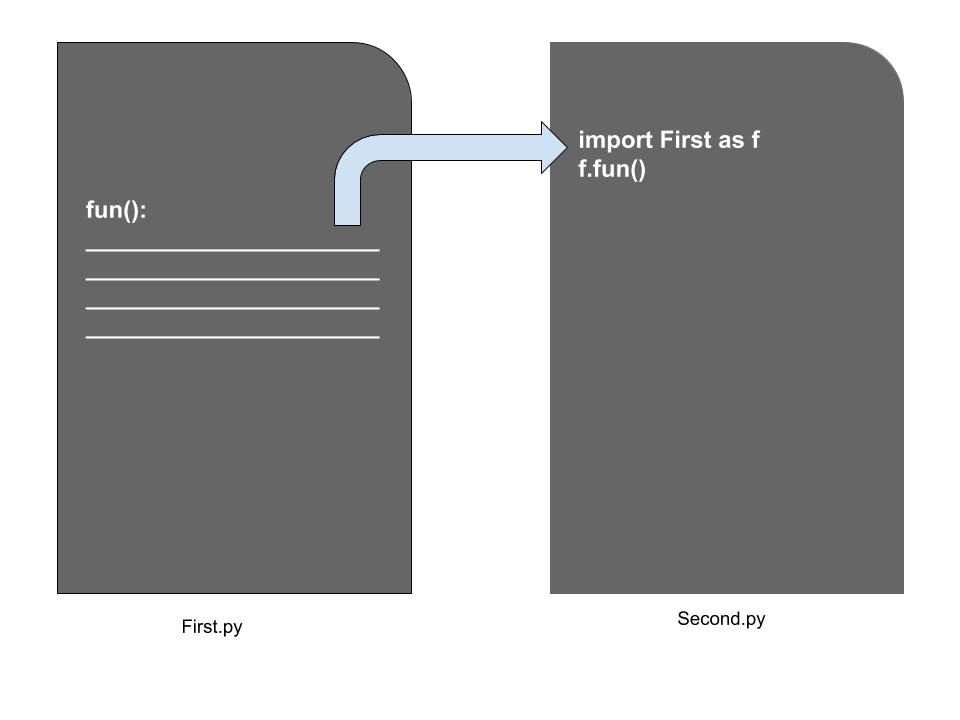 In this article, you will know how to call a function of other Python files using the import keyword. Also, you will get to know how to import a single class, not the whole file.

Building software needs a network of codes and files of codes in a systematic way. The network can be created by calling functions from one file to another.

Python has a simple way to use the functions of other Python files. Importing that file using import keyword and aliasing it is very simple. For example, the same directory has two Python file baseFile.py  and  callerFile.py having their functions. Then how you can use baseFile.py functions in callerFile.py, that will see in the code below.

Import only class you want

I hope you got the idea of using functions, functions of a class from other Python files.

One response to “Call Python function from another Python file”